WOW - hasn't time flown :o It feels like yesterday that he was so little, now his jeans are only 2 inches shorter then mine! This is his last year as a tween :( This year we ordered him a Lego Mindstorm but it hasn't come in yet so he is busting for it to turn up but his Nannas pulled through with loads of pressies :) its good that his grandparents do that cause it helps take away from his Birthday being in the holidays. Everyone is busy or away on holidays and parties just don't work out. Good thing anyway, cause the poor bugger had a tummy ache after gutsing his lunch down. The birthday trip to the movies has been postponed cause of it but he didn't let it ruin his day :) so proud :D
I made a special birthday cake to celebrate the ending of tween years - Now if you didn't know already, I HATE MINECRAFT!!! He pestered me for two years.......CONSTANTLY.... So much that even the word Minecraft would send me over the edge lol I even put the word Minecraft on the list of swear words we are not allowed to say LOL That's how much he stressed me out with it. But he earned the game ..... eventually...... after many pitiful attempts at earning it he finally succeeded. (in our house nothing is given for free unless is your birthday or Christmas. I'll buy reading books if they are special to the child or education but if you want a fart book or something you must pay for it yourself .... including MacDonald's toys. I'm attempting to instil in my children the value of items & money management which is working splendidly .... THANK GOODNESS). Now where was I? Oh that's right. So as a gesture of love I spent the morning before baking and decorating this masterpiece. This cake is a GLUTEN, DAIRY & YEAST FREE FABULOUS CAKE!!! It tastes just as good if not better than normal cakes which is a life saver for people like us with allergies. And I must say, it is the nicest, yummiest and moist cake I have EVER made yet! 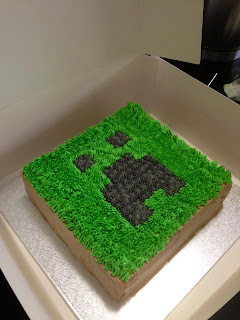 And the kiddies think so too :) 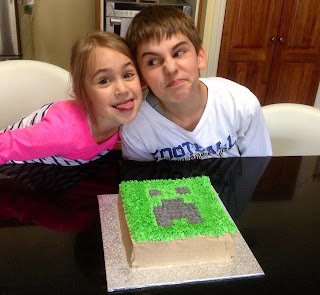 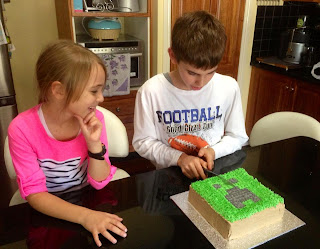 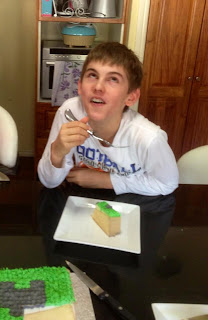 He loved the grandparents gifts :) Great GP's gave him a 50, my P's gave him 1052 pieces of Lego (I was lucky enough to be designated in sorting ALL of them while he played xbox LOL lucky its his birthday), Hubby's P's gave his the most softest blanket I have ever felt or seen which has been great for his sensory issues & his teeny tiny little sister spoilt him with a Lego Harry Potter xbox game. 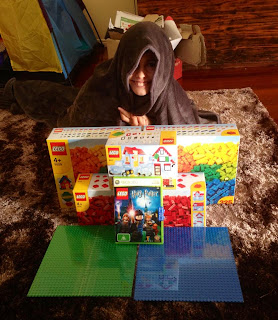 He had a fab day revelling in all the favourite things he loves :)
(man I love that blanket!) 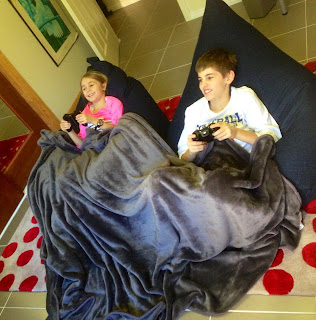 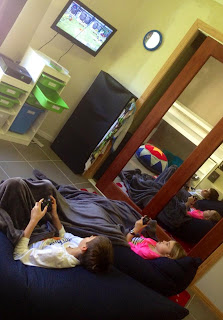 Apart from the tummy ache, he had a fab day and couldn't wipe the smile off his face :)
A BIG Thankyou too all Grandparents for spoiling him rotten, a very considerate and caring little sister, a work-a-holic hubby who doesn't mind buying robotic equipment as much as it baffles him, YesYouCan for continuing to sell fabulous allergy cake mixes and a mum (ME :) da da da dddaaaa) who nearly went round the bend arguing with defiant icing:)
Back
This website was built with Webnode
You can also have an impressive website for free!
Try it out